Hours go by without thinking about what happened. 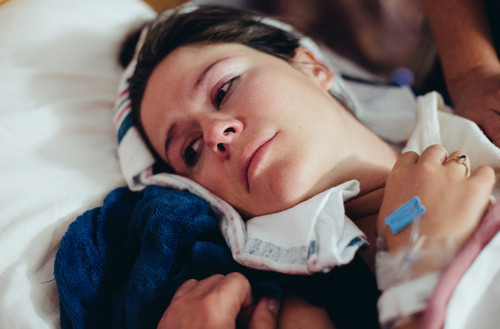 Hours go by without thinking about what happened. “Oh fuck that’s right… my son died. We were in the hospital for, like, forever. My wife gave birth to his body. Fuck. Holy shit. Don’t forget that.”

Really? You have to try to remember this?

I feel guilty for not being in it loudly and at all times. For not feeling more more often and more deeply.

At first it came in waves. Peaks and troughs. Bolts of lightning. A split second of just the fuckin’ biggest goddam sadness… I remember moving to sit next to Mellisa in the hospital, just her and I in the room for the first time. I sat down and started sobbing so damn hard. Huge shoulder shakes. I put my head in my hands. My body was doing this thing and my mind was floating somewhere above… “Holy shit dude. You’re, like, full on sobbing right now.”

We’re just about two weeks out now. There’s not much lightning. Just some clouds. A mid-tier humidity. I wish it was torrential. I wish I felt so much.

The grief lives in my body I think. My mind bounces around trying to do stuff. Still thinks it can be productive. But it’s tethered to a soggy, slothy body. It’s like those dreams where you try to punch someone underwater. Slow. Dense. Impossible to generate enough force.

My mind wants to power on. It wants to be productive. It thinks it can. But it looks at its own metrics and starts to learn… What have we accomplished? How did we feel accomplishing it?… Hmmm. Not much. Not strong. Something’s up.

I meditated to try to get my mind to settle a bit. It worked some. I listened to a new guided meditation from Tom Selleck. It was ok. Not my best work. It felt hard to settle, hard to slow and be in my body, hard to be here on my knees in this room. Felt like I couldn’t get a full breath in.

But i’m glad I put in the work. There was a moment there where I lost myself a bit… it’s trippy, you’re basically stoned, in a trance, feeling your whole body breathe. That slowed my mind a bit.

Henri Nouwen called it “the mind descending into the heart.” I gotta get some of that. The distance between what my mind thinks it can do and what my biology is capable of right now is making me a little crazy. I get so disappointed and moody. I wanted to accomplish this, that, the other. I didn’t. I stared at the way the flowers on my whiteboard are dying.

Pull back. It’s ok. The tasks don’t matter. Right now is the time to slow and be in this. You know you want to use the term, “be present,” but lets not. Makes it all trite. And this isn’t trite.

Soon enough we’ll be back at the pixels and words and progress. For now let’s breathe and watch the trees. Try not to medicate too much. Not with movies or booze. Not too much. Just a little.

Read and write and breathe.

It’s funny, the meditation, I never learned about this, but since experiencing it have seen it elsewhere… They call it something like “self love.” I experience it and its no small thing.

The pervasive voice in my head is harsh… You’re a pice of shit. Pussy. You’re fat. You’re just like everyone else. You’re soft. You’re weak… The meditation brings so much rest my belly jiggles out with the breaths. I notice how much I’ve been holding it in. Let it out. You’re soft.

I talk to parts of myself… That’s it, little guy. Was that so bad? No need to hold it in here. Relax. You are ok… It breeds a kind of self love. Or maybe it just shushes the self loathing enough for me to notice it. But it’s more than that. It’s compassion for myself… You ARE just like everyone else. You don’t know what the hell’s going on. Know that I love you.

I used to feel like this with the big Jesus moments. The guitar vamping over the droning synth. The space and rest. I’m not alone. I’m ok. This big thing out there is communicating that I’m ok. It feels the same here, kneeling on a thing I made trying to get a full breath in. It may or may not be a thing communicating this to me. I think even said phantom communicator would say, “whether or not it’s a communication isn’t the point. ‘You’re ok’ is the point.”

[note: I’ve written about meditation before here, here and here]