Truly, The Only Way

This list of three came from an email promoting a friends book and it perfectly summed up what I’ve been hearing.

I’ve read and watched a good deal of the whole think-big/where-are-you-going/what-do-you-want/goals/Choppra’s-scarf/Robbins’-toothpaste stuff recently. Probably self induced by my recent sit down and breathe circus.

Everything has been good and interesting. The list above (especially the first and third item) have appeared just about everywhere — though never as simply put as it is here.

You don’t know this, but I was a life coach for a while. I know, “who wasn’t,” right? At least I was certified, took the courses, etc. Honestly, it was great stuff — more like training in being human than it was “how to sell air.”

My own personal development digging and working with loads of clients has taught me I could make a good living asking people one question: what do you want?

I could charge $50k to ask you that question and have a proprietary checklist method with the word “forum” or “landmark” or “quantum” in it and it would change your life.

Or you could spend a little time thinking about it yourself. Maybe work it over with a non-close friend who’s in the same place a bit.

It’s not easy. Partly because our brain is biologically bad at it. It’s really good at figuring out the fuck/fight/run/live/die questions; it’s literally built for that stuff. But it’s not so good at sorting through the gradients of things like quality of life. We’re better at the how’s and what’s than we are at the why’s.

So it’s very common for you to never think through what you want. That’s why I’d charge $50k: because people need an incentive to landing on it truly, and there’s nothing quite like trying not to have wasted a bunch of money on something.

It isn’t difficult but it does take time. So don’t hold yourself to a time-frame. You probably don’t know enough about what you want right now. You’ll say something stupid like, “I want to travel to every country!” or “I want to make x amount of money!” They’re good enough to put down on paper but not good enough to think you’ve figured out your answer. They’re more.

Suffice it to say, that list up at the top, it is what is it. If you spend a second on the first one, you probably won’t be as safe/boring when you wake up tomorrow. 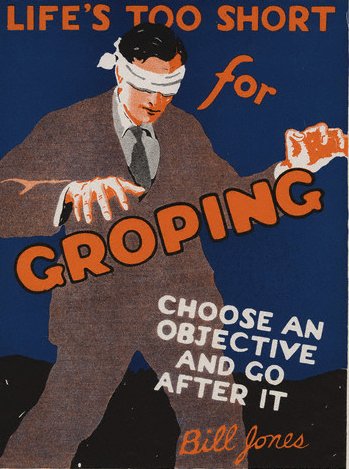