Self Discovery & The Enneagram: Find Out You 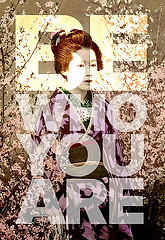 I used to be a bit of a personal development nut. Through my late teens and twenties I spent an ungodly amount of time in coffee shops reading through spiritual classics, self help books, Kahlil Gibran, and The Inquirer. I also spent an even ungodlier amount of time writing in a journal… good ol’ paper and pen and writing till the answer came out.

I don’t know what I had up my butt, but I felt a good deal like the universe was some swirling mess of possibilities and I wanted to figure out what bits of it which concerned me. My dad told me at the time life doesn’t work like that, that you have to just dive into the workforce, get wet and figure things out as you go. I believe him now, but at the time there was too much magic in all the dreaming.

I look back on this time with giggles, because I was funny to be so concerned. I was too young and inexperienced to get much out of all the internal interviewing. I mean, even if I figured it all out, I’d still be 17; you know? However, I did learn and grow quite a bit through this time. And I think the only lessons that remain relate to self discovery.

The most important part of any personal development is self discovery. In my experience, all forward movement comes from gained ground internally. If you don’t dig down inside yourself, and purely try to change your behavior by hard work, it may or may not work. But if you discover something new about yourself, it’s highly likely to make an impact on your life.

What’s the difference between self discovery and personal development? Personal development is about adding new skills to your arsenal; it’s growing laterally. It’s the manager at the “lead by compassion”conference, or the plumber reading “how to turn a wrench better.”It’s important stuff, it’s about honing your craft. Personal development requires discipline: you’ve gotta work at this stuff.

If personal development is lateral growth, self discovery is about digging down inside yourself, pulling inside, gaining insight about yourself. It’s that moment in Goodwill Hunting when Matt Damon breaks down because Robin Williams keeps saying, “it’s not your fault.”Damon’s character’s explosive emotion in that scene comes from self discovery: uncovering some new internal awareness, which in this case made him realize how heavy all the unnecessary responsibility was to carry.

Self discovery is explosive like that. Personal development is not. When you uncover something new about yourself it’s like meeting for the first time a companion who’s been with you for a very long time, experiencing it all with you; like finding a parent you’ve never met. Self discovery is an “aha moment,”a revelation.

Self discovery is also raw and volatile. I liken self discovery to finding out a little bit of “my 4 year old self”still hiding in me — there’s something raw and ruddy about the new discovery, unpolished, unapologetic, not at all socially managed or “dealt with.”So it may fling it’s boogers at you, or curse. But that’s part of the explosiveness of discovering something new and true about yourself.

Self discovery is about finding these gems in the soil, about digging down to understand who you are and why you’re that way.

How To Find Our Who You Are

There are many books out there that can help you learn more about yourself. I’m going to tell you about one. Think of any personal development books as tools, like a hammer or a garden shovel: they aren’t the work you’re trying to do. The work you’re trying to do is build a house, or plant a garden. So let these books guide you… meaning, you have to get your “marching orders”from somewhere internally, not the books themselves.

Does that make sense? I mean, something in you is going to say “close the book, we gotta think about this stuff.”You should listen to that rather than the other, prettier, valedictorian voice which will tell you that finishing the book is more important.

The Wisdom of the Enneagram 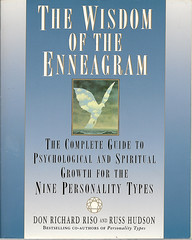 Ok, you’re going to have to trust me on this one, because on the surface this thing is whacky! It looks very new-age, Madonna and Tom Cruise , but that’s only the first half which is all about “essence and personality”and explaining how they made all this shit up (lol! Actually the Enneagram is absolutely brilliantly put together… and it’s been around for about 60 years in it’s current form).

No, the good stuff is in here, trust me. This book will tell you what you daydream about and you’ll be, like, “Oh snap!”

You with me up to this part? It’s not tough stuff. To do the tests and learn more about each personality type, you’ll need the book on the Enneagram: The Wisdom of the Enneagram. So, go get that book and come back and read the rest…

How The Enneagram Works

Your first step after picking up this book is to make yourself some coffee, get alone, and do the 15 questions at the beginning of each of the personality type sections. You answer the questions with 1 (not true at all) to 5 (OMG! That’s so tru!). If you’re anything like everyone that’s ever done this, one of these personality types is going to jump out to you and be just about all 4’s and 5’s.

I did the quizzes with my wife, which was fun (and surprising for both of us). All you need to focus on is answering a handful of simple questions. The questions are actually worded so that you will like the ones you’re supposed to like, i.e., questions for your personality type are written in your style of thought, so It’s really simple to get into the quizzes.

So, you do the short quizzes at the beginning of each personality type chapter. Then, add up the totals for each individual quiz… Whichever one scores the highest is about 90% guaranteed to be your personality type. It’s not an exact science because you are involved, and, let’s be honest, you can be weird sometimes.

So, once you’ve found out which type scores the highest, you’ll want to read that chapter of the book for a while. Normally you’ll get about 15 words into it and be, like, “Holy sh^t man!?! Not only is that a great Lao Tzu quote, but they’ve got me pegged!”This is the fun stuff: reading your chapter in the book. Why? Because the self discovery will start slapping you in the face and being, like, “I bet you didn’t know how to say that before, did you!?”

I found out about the Enneagram from a friend of mine who already had me pegged as a 3 (I should mention, it’s best practice to refer to the personality types by their numbers, that way it’s a neutral identifier and people aren’t bummed at you: “Aw man… I wanted to be the Reformer, but instead I’m stuck as the stupid Helper.”). And when I heard that the 3 is “The Achiever”I was, like, ‘oh, no-brainer. I’m totally that one.’

I was so sure about being a 3 I wasn’t even going to take the tests, but my wife convinced me to take the quizzes in the end. So my wife and I stayed up late with the book and did the quizzes together. It took about 45 minutes because a few conversations were sparked (they are some pretty good questions). It was by far the easiest assessment of all the personality type tests I’ve done, and I’ve done a lot of them (because I’m a self discovery whore….).

Where did I land? When all was said and done I was completely blown away and had a huge self discovery moment. I’m not a 3 at all, I’m a 7!

“What’s the big deal? It’s just a number… it doesn’t change anything.”

You’re wrong, a-hole. This was a huge revelation for me, a total moment of self discovery. Why? Because, in a flash, I realized I’ve always lived and acted and believed I was a 3 (the Achiever), but my ‘stuff’ is made to be a 7. Not that I walked around saying, “I’m a 3”before I knew anything about the Enneagram. I simply lived under the assumption that I was “The Success-Oriented, Pragmatic Type: Adaptive, Excelling, Driven, and Image-Conscious.”That’s how I would have described myself, because that’s what others told me. Though some of that description is true about me, it doesn’t at all peg down what feels close to the center for me. It’s like wearing a suit jacket that’s been handed down; it’s all you know, and until you wear something made for you, you had no idea what a good fit would feel like.

Finding out I was a 7 was like trying on a custom tailored jacket… it was a good fit, though it took a while to see it.

The 7 is the enthusiast: “The Busy, Fun-Loving Type: Spontaneous, Versatile, Acquisitive, and Scattered.”7’s are often times the life of the party. We’re moody: totally fired up when we’re on to something new and fun, and completely bummed out when stuck in a pattern of life we’re not in love with. And here’s the kicker, 7’s are creative…

That was one of the concepts that really stuck with me: creative. All of a sudden I realized it was true, I am creative, though it wasn’t something I had ever said about myself (it’s not in the description of a 3). Now I look back at my writing, my drawing, my music, and realize, ‘sh*t man, I’m creative!’

In my situation there isn’t a big line between a 7 and a 3. They’re kind of like circles in a venn diagram: they overlap, so I can see a lot of myself in a 3, but once the book showed I was a 7, I realized the 7’s circle was centered right on top of me. It helped me see into my motivations and fears, whereas the 3 only felt true when it talked about my behavior.

How Healthy Are You?

I could talk a lot more about the Enneagram, but I’ll conclude with this: One of the coolest things about the Wisdom of the Enneagram book is that it doesn’t just tell you who you are, it also tells you how to become better at who you are.

For example: A pretty unhealthy 7 is always looking over the shoulders of someone to see if there isn’t a better person to talk to on the other side_. It’s the “greener grass”kind of thing. Because 7’s are prone to moodiness and excitement, it can be difficult to be where I am, wishing instead to be off chasing a new adventure, or just talking to someone famous.

See, if you would have asked me 4 years ago what it looks like for me to act unhealthy, I would have said: “I am unhealthy when I focus too much on being successful; it makes me care less about the people I’m with.”That’s what’s true for a 3, not a 7. And, though I thought the 3’s definition was the right one, it didn’t hit me in the gut half as hard as the 7’s definition did.

The Wisdom of the Enneagram is not just about finding out who you are, it’s also about being a better you. I like the style and tone of the writing a lot, too… This isn’t Joel Osteen. It’s not happy flappy. It feels good to read; good like “Holy Sh*t!? Ouch, and yes.”

What do you think about self discovery? Is it horse shit? Has it saved your life? Plz share your thoughts in the comments!