The Pay’s Not Great… 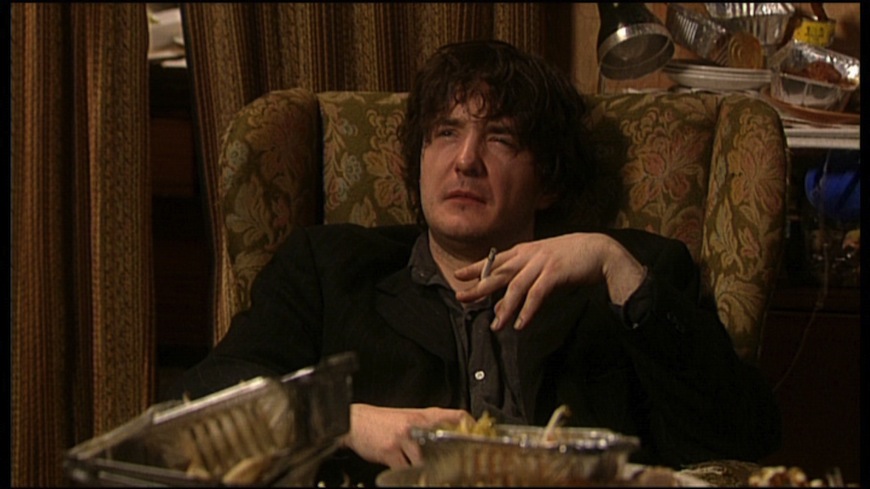 “The pay’s not great but the work is hard.”

This was Leno’s advice to Rob when Rob was getting started in comedy. Everyone who saw him then says Jay was the best. We all know now he’s also a smart businessman.

“Since copywriting is interface design, you can do an awful lot of great design in a text editor. Don’t worry about where things will go, or how they will fit. Worry about explaining it clearly and then build the rest of the interface around that explanation.”

Moving from Delusion to Reality

“Who am I kiddin’ [believing I can beat the champ]? I ain’t even in the guy’s league… It don’t matter, ’cause I was nobody before… I was nobody. That don’t matter either, ya know… It really don’t matter if I lose this fight. It really don’t matter if this guy opens my head, either. ‘Cause all I wanna do is go the distance. Nobody’s ever gone the distance with Creed. And if I can go that distance, ya see, and that bell rings, ya know, and I’m still standin’, I’m gonna know for the first time in my life, ya see, that I weren’t just another bum from the neighborhood. […]

When Rocky says, ‘Cause all I wanna do is go the distance,’ he has switched from Story ‘A’ to Story ‘B.’ This is monumental. It is his true victory, hours before the fight itself. Because he has moved from delusion to reality. […]

I’ve been asking myself lately, What Story “A” am I believing about myself right now? Is there a Story “B” lurking somewhere? If so, what is it?”

Jim Coudal’s Advice on Selling Your Own Product

“Two quick points. Not every idea is going to work. Know that going in. Ideas tend to follow the path of least resistance and more often than not that path is the one where you find yourself talking an idea to death, by getting hung up on the ‘what ifs.’ So you need to actively push ideas out and embrace failure. Fail spectacularly whenever possible.

Secondly, every single person I have ever met or corresponded with about leaving the work-for-hire world and trying to create something of their own, something that they really care about, says exactly the same thing. Win, lose or draw they always express the same thought and most of the time they say it in exactly these words.

What they say is, ‘I should have done this sooner.’”

Paul Graham wrote a masterful thing about the hardest lessons for startups to learn. Below is my summary and notes recorded here so I can take them with me forever. Check out his original article here.

1. Release Early. Get a version 1 out fast, then improve it based on users’ reactions. Not something full of bugs, but something minimal. There are many reasons to do this. Perhaps the most important reason is that it makes you work harder.

2. Keep Pumping Out Features. If you’re going to start with something that doesn’t do much, you better improve it fast. I don’t mean make your application ever more complex. By “feature” I mean one unit of hacking — one quantum of making users’ lives better.

“…people get used to how things are. Once a product gets past the stage where it has glaring flaws, you start to get used to it, and gradually whatever features it happens to have become its identity. […] I think the solution is to assume that anything you’ve made is far short of what it could be.”

3. Make Users Happy. A startup has to sing for its supper. Tell visitors (cater to casual visitors) what your site is about by showing them.

“Users are a fickle wind, but more powerful than any other. If they take you up, no competitor can keep you down.”

4. Fear the Right Things. Disasters are normal in startups — they won’t kill you unless you let them. Don’t fear the established players, fear other startups you don’t know exist yet — they’re cornered animals like you. Compete against what someone else could be doing, not just what you can see people doing.

And in any case, competitors are not the biggest threat. The three biggest are: internal disputes, inertia, and ignoring users.

“You should compete against what someone else could be doing, not just what you can see people doing.”

5. Commitment Is a Self-Fulfilling Prophecy. The most important quality in a startup founder is determination. Not intelligence — determination. Running a startup is like walking on your hands: it’s possible, but it requires extraordinary effort — and it happens against the backdrop of regular disasters. Not stubborn — you have to be determined, but flexible, like a running back.

6. There Is Always Room. It’s not likely that in a hundred years the only social networking sites will be Facebook and twitter. At every point in history, even the darkest bits of the dark ages, people were discovering things that made everyone say “why didn’t anyone think of that before?” The number of possible startups is limited only by the amount of wealth that can be created.

7. Don’t Get Your Hopes Up. Founder optimism is a nuclear reactor: a very dangerous source of power. It’s ok to be optimistic about what you can do, but assume the worst about machines and other people. Just assume it — whatever “it” is, a deal, a partnership, a sale, etc. — isn’t going to work out. Not to save yourself from disappointment, but to prevent yourself from leaning your company against something that’s going to fall over, taking you with it.

“It’s ok to be optimistic about what you can do, but assume the worst about machines and other people.”

“It seems ridiculous to me when people take business too seriously. I regard making money as a boring errand to be got out of the way as soon as possible.”

Paul Graham on the 2 Things Your Site Must Do

“The vast majority of people who visit your site will be casual visitors. It’s them you have to design your site for. The people who really care will find what they want by themselves.

The median visitor will arrive with their finger poised on the Back button. Think about your own experience: most links you follow lead to something lame. Anyone who has used the web for more than a couple weeks has been trained to click on Back after following a link. So your site has to say “Wait! Don’t click on Back. This site isn’t lame. Look at this, for example.”

There are two things you have to do to make people pause. The most important is to explain, as concisely as possible, what the hell your site is about. […] the other […] is to give people everything you’ve got, right away.

In the best case these two suggestions get combined: you tell visitors what your site is about by showing them.”

Sounds pretty simple. It will always be easier to design your site if what you do/offer is interesting.

How Low Are the Low Points in a Startup?

“If so many startups get demoralized and fail when merely by hanging on they could get rich, you have to assume that running a startup can be demoralizing. That is certainly true. I’ve been there, and that’s why I’ve never done another startup. The low points in a startup are just unbelievably low. I bet even Google had moments where things seemed hopeless.

Knowing that should help. If you know it’s going to feel terrible sometimes, then when it feels terrible you won’t think “ouch, this feels terrible, I give up.” It feels that way for everyone. And if you just hang on, things will probably get better. The metaphor people use to describe the way a startup feels is at least a roller coaster and not drowning. You don’t just sink and sink; there are ups after the downs.”

I’ll keep coming back to this.

Just knowing this sentiment exists, that there’s a smart person who’s been there and who continues to live in the startup world that has this perspective, that’s enough to feel like you’re not alone in the toughness.

Because the problem for me with the toughness of startups has been the uncertainty.

Am I doing this right? I’m not. I must not be. I’m lost. Who do I think I am? I should have never been a part of this. These things never work out.

The splinter of doubt wedges itself in, getting deeper and deeper, all the while making the excuses heavier and heavier.

The only true armor we have is knowing it will come. Thanks, Paul.

“The best founders are clear thinkers. they don’t need many words, charts, spreadsheets or slides to express their ideas.”

Sequoia Capital has a concise and strong little number on their website here. Printed below because I want to find this later, regardless of their “web content publishing strategy.”

Elements of a Business Plan

Dan Gilbert on Setting Goals for Who You’ll Be